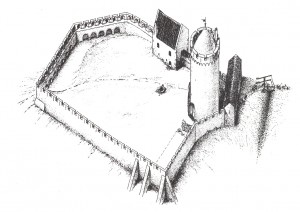 Work on the stone castle at Turaida began in 1214.  During the Middle Ages, Turaida was an important castle for the archbishops ofRīga, a judicial centre, a place where rulers of the region resided, and a military fortress.

Development of the castle’s defence systems reached an apex during the 16th century, when forecastles to the North and South of the main building protected it against unauthorised access.  There was also a high wall around the castle.  The impressive fortifications were strengthened by four guard towers and three gate towers.

A careless shot set a fire in the castle in 1776, and the wooden parts of the building all burned away.  The damaged areas were not replaced. 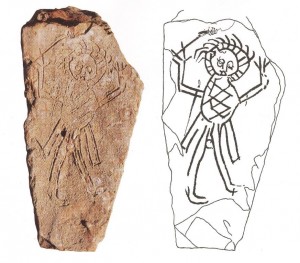 Systematic research into the castle began in the latter half of the 20th century, and the Medieval structures were conserved.  Visitors can tour the buildings, peer into Medieval cellars, the prison, the guard room and the cannon room, and clamber up to the viewing area of the main tower to see a lovely landscape of the ancientGaujaRiver valley.