Exhibition “Sami Handicraft and Design” in the Turaida Museum Reserve

The Sámi like the Gauja Livs belong to the Finno-ugrian language family and it will be exciting to learn about the Sámi wisdom and experience of life and their culture which has been preserved till nowadays.

The exhibition will show original objects made by Sámi craftsmen, photographies and provide information about the Sámi culture. The Sámi handicraft and artistic handicraft are based on Sámi traditions and way of thinking, using Sámi traditional ornaments and colours.  The traditional handicraft is based on antler, wood, roots and leather, as well as pewter, brass and silver, however, today like in former days, the craftsmen work with new materials which are available. The exhibition will provide information on traditional techniques of object manufacture.

The Sámi inhabit the area  called Lapland. The Sámi (“samit”or “samek” – “people of swamp, “ in former days called the Lapps are the indigenous people of the far north  of Northern Europe and they have preserved a very ancient cultural heritage which unites them also with the culture of indigenous people of Latvia. People, speaking Sámi dialects,  inhabit the northern areas of Sweden, Norway, Finland and Russia.

One of the research themes of the Turaida Museum Reserve is Cultural Heritage of the Gauja Livs. The Gauja Livs like Sámi belong to the Finno-ugrian language family, therefore for several years the Turaida Museum Reserve has already been cooperating  with „Ájtte,” Swedish Maountain and Sámi Museum researching the common and distinct features in the cultural heritage of Finno-ugrian peoples. 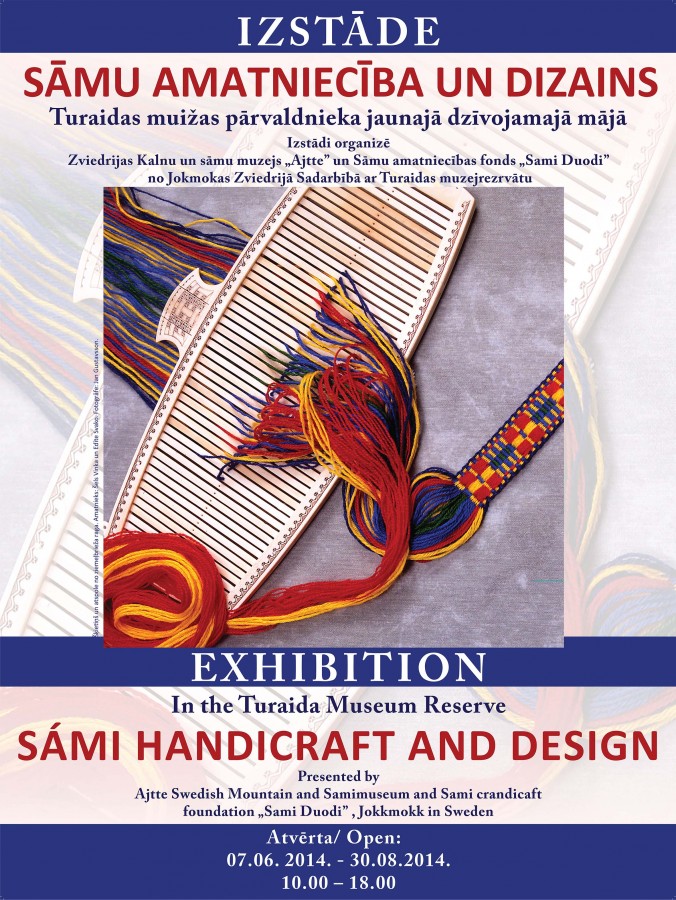