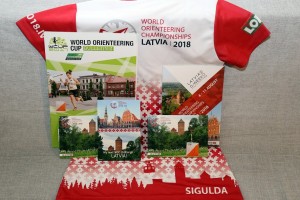 Several meetings with representatives of the Latvian Orienteering Federation have already been held during 2017 in Turaida, due to the World Orienteering  Championship that will take place in Latvia  from August 4-12, 2018. Sprint Race Tour will be held in Rīga, whereas forest distances will be arranged in Sigulda area, including also the territory of the Turaida Museum Reserve.

On August 9-12, 2018, the race will start and finish in the Turaida Museum Reserve, but Race Routes will pass through the forests of the ancient Gauja  valley. Best orienteerists from more than 50 countries will participate in the Championship. Live broadcasts and reports from the competitions will be retransmitted by televisions of several countries.

Concurrently with the World Championship also competition “Latvia O-Week” for spectators or supporters will take place, attracting several thousands of participants from Latvia and abroad. The participants of “Latvia O-Week” will be able to do both – watch competitive start of participants of the World Championship and to try various distances of competitions  in the Latvian Ethnographic Open-Air Museum, Carnikava, Mazie Kangari, Rīga and Sigulda as well as to prove their endurance in the long distance at Turaida.

The World Championship will be enriched by another competition – The European Foresters’ Orienteering Championship (EFOL), which will attract additionally hundreds of participants. Also these competitions will take place along  the tracks arranged for Championship in Rīga, Sigulda, Līgatne and Turaida.

A Working Group of the World Championship, led by experienced orienteerist, Vice President of the Latvian Orienteering Federation, resident of Turaida – Jānis Lazdāns, is busily preparing for competition and reception of participants. The necessary information about  the  Championship and registration is available at www.woc2018.lv