As part of the European Heritage Days,  on 17 September at 15:00 an open-air exhibition “Sigulda Railway Station in different periods of time” will open on  the Sigulda Station Square. The exhibition is created by the Turaida Museum Reserve in cooperation with  Sigulda Municipality and will be on view until October19.

On September 17 at 13:00, an open-air exhibition “I was crossing the Gauja River…. Ferries and bridges overEuropean Heritage Days the Gauja River in Sigulda” will open in the Turaida Museum Reserve and will be on view until October 17.

The European Heritage Days in Latvia take place from September 17-19. This year they are dedicated to the theme of transport, its history and its use nowadays. 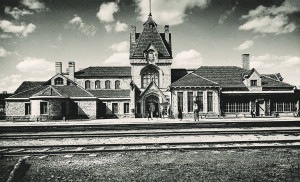 The exhibition “Sigulda Railway Station in different periods of time” is based on a rich visual material that enables you to trace the changes of the station building over the decades, as well as to look back at the various contemporary developments that have taken place on the station square after its renovation.

The exhibition’s message consists of two parts – a historical view and a photo story about the use of the Railway Station’s Square in Sigulda today. The historical part provides information on the development of Sigulda’s Railway Station in connection with the construction of the railway line Riga-Valka-Pskov, on changes in the architectural form of Sigulda’s Station building between 1889 and 1914. Sigulda was an important railway junction on that line. Thanks largely to the railway, Sigulda grew up  from a small village to town. A new stage in the development of Sigulda’s Station started on 29 December 1925, when the new building of Sigulda Railway Station, designed by architect Pēteris Feders was unveiled, according to experts, not only the most beautiful and unique in Latvia, but also one of the most notable in the Baltics. It was built after an individual project in the style of national romanticism, using the  Allaži calcareous tufa  and split boulders. The building housed two restaurants, a hairdresser, and a summer garden. The surroundings of the Railway Station were constantly landscaped. In June 1929, Gustav V, the King of Sweden was welcomed at Sigulda Railway Station, unfortunately, during World War II, the fate of many architectural monuments met also Sigulda’s  Station: in early September 1944, German troops blew it up. The next, last building of Sigulda Station was commissioned in December 1950. It was built according to model project and was similar to most station buildings in the then Soviet Union.

The second part of the exhibition tells the story of the use of Sigulda’s Railway Station Square after the renovation, which was completed in 2012. If the first part of the exhibition is more dedicated to tangible culture, whereas the second part speaks about intangible culture. After the renovation, the Sigulda Station Square has acquired a new identity, it has become multifunctional.

Various city-wide or national public and cultural activities have taken place and are still taking place on the square: the opening of sporting events (the European Luge Championship, etc.), the honouring of prominent sportsmen, the opening of the “Riga – European Capital of Culture” programme, the annual customs celebrations – winter solstice, New Year’s Eve, Shrovetide carnival, the Latvian swing festivals, choir festivals, town festivals and others.

Materials for preparation of the exhibition are used from the collections of  the Latvian Railway History Museum and the Turaida Museum Reserve, the Regional State Archives of Sigulda, periodicals,  the private collections of  Egils Jemeļjanovs, as well as photographs from the personal archives of Ginta Zīverte, Andris Jenerts, Pēteris Veģis, Alberts Linarts, Mareks Gaļinovskis, Līga Ādamsone and others. 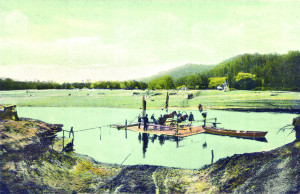 Picture. Ferry over the Gauja River from Krimulda side. Postcard, early 20th century

Until 1937, the only possibility to get from Sigulda to Turaida was by using ferry. The exhibition tells about  the ferries in Sigulda Region, beginning from the 14th century. On 23 July 1937, in the presence of representatives of the government, the press and hundreds of viewers, the bridge over the Gauja River  was unveiled – at that time it was the most advanced in Latvia. In late June or early July 1941, the fleeing Soviet army blew up the bridge. It was restored in 1950, renovated in 2017.

Materials  for preparation of the exhibition are used  from the collcetions of the Turaida Museum Reserve, the National Library of Latvia, the private collection of Egils Jemeļjanovs, the personal archives of Nauris Dainis, as well as from the book by Ziedonis  Vecvagars “The Bridge over the Gauja River in Sigulda”. 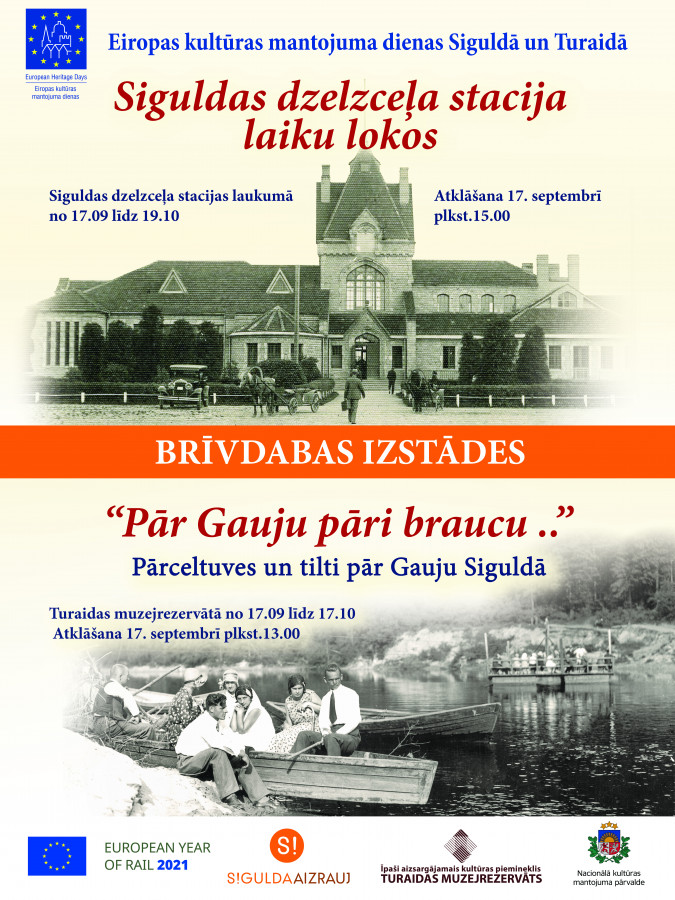