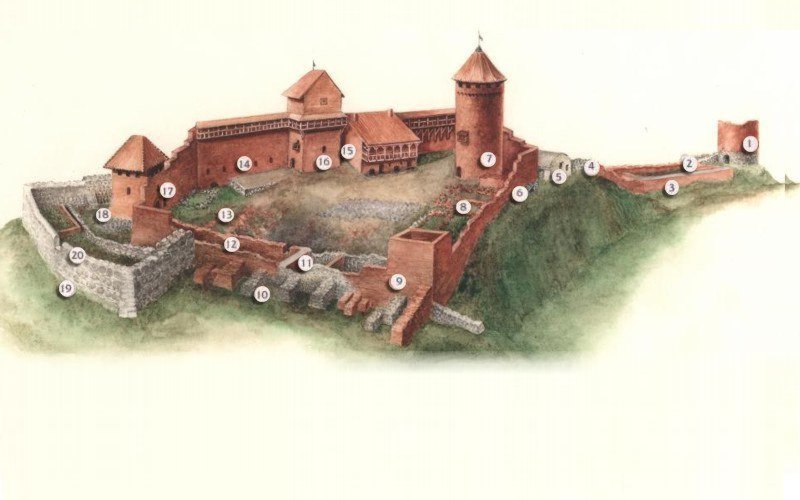 Building of Turaida Castle was started in 1214 at the command of Albert, the Bishop of Riga, on the site, where previously was located the wooden stronghold of the Livs. In the Middle Ages Turaida Castle was one of the Archbishop`s castles of economic importance, the centre of bailiwick, the residence of district`s administrator and  military fortification.

The defensive wall of Turaida Castle was built in the 13th century. It formed a confined castle yard. In the northern part of the defensive wall there was located the Main Tower, but in the western part there was built the first palace building. The Main Tower – Bergfried is one of the most significant buildings of the defensive system of the castle. The Archbishop of Riga often used Turaida Castle as a residence and shelter outside of Riga. The bull, issued by Pope Alexander IV on March 31, 1255 by which Pope affirmed the property of the Archbishop of Riga testifies about the significance of Turaida castle among other castles. On the list of the castles, Turaida (Thoreda) was mentioned as the first one.

In the beginning of the 14th century in the southern part of the defensive wall there was built another Tower – the Tower-shaped South Block.

In the 16th century the castle occupied the most extensive territory and was best of all fortified. It consisted of three areas, enclosed by walls, which followed each other in elongated direction – the north forepart of the castle and zwinger and drawbridge in its middle part; the inner yard of the castle with living quarters and household blocks by defensive walls, and south forepart of the castle with household buildings. The impressive fortification system was fortified by four defensive towers and three gate towers. According to configuration, the castle was to the utmost adjusted to the natural relief of hillfort. 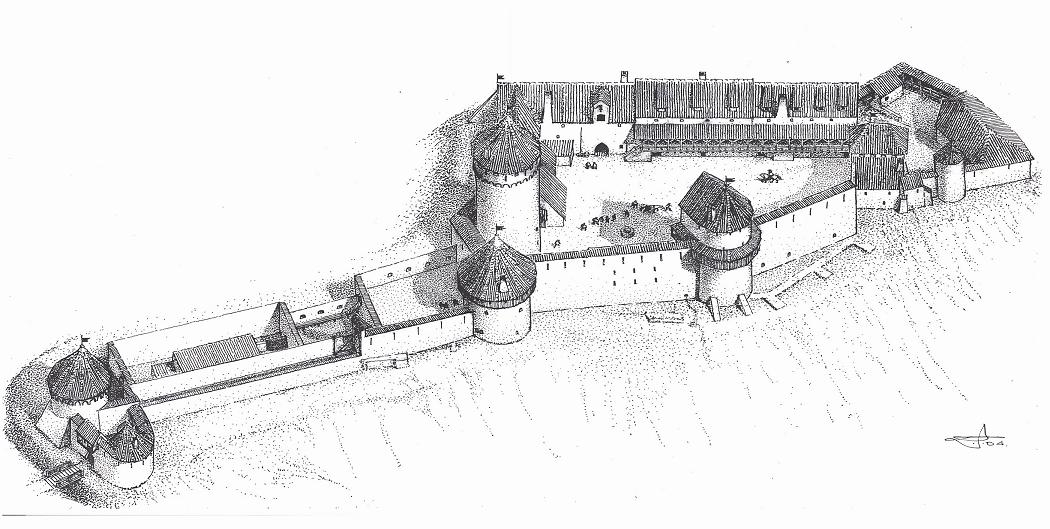 In 1776, due to the careless gunshot the castle was on fire and the wooden parts burned down. The destroyed buildings were not restored.

In the beginning of the 20th century only fragments of defensive wall and some partially destroyed buildings had preserved – the Main Tower, Semi-round West Tower and West Block.

The structures of the castle, disclosed in the archaeological excavations, and exhibitions, installed in the restored buildings, create an exciting narrative about the Middle Ages. The vistors are welcome to explore the castle buildings, medieval cellar, prison, guardroom and cannon room and they can enjoy a beatiful landscape from the top floor of the Main Tower.